Staff member
Thanks to the presence of PS2 Classic games on the PlayStation Store, it’s possible to play PS2 games on your PS5. Unfortunately, you can’t simply slide a disc into your PS5’s Blu-ray drive and be playing a PS2 game; if there’s a title from that generation you want to play, you’ll need to check whether or not it’s on the PS Store, and although the selection is relatively broad, your favourite game might not be on there. Still, there is a wide range of games to choose from, so without further ado, let’s take a look at the best PS2 games you can play on your PS5. 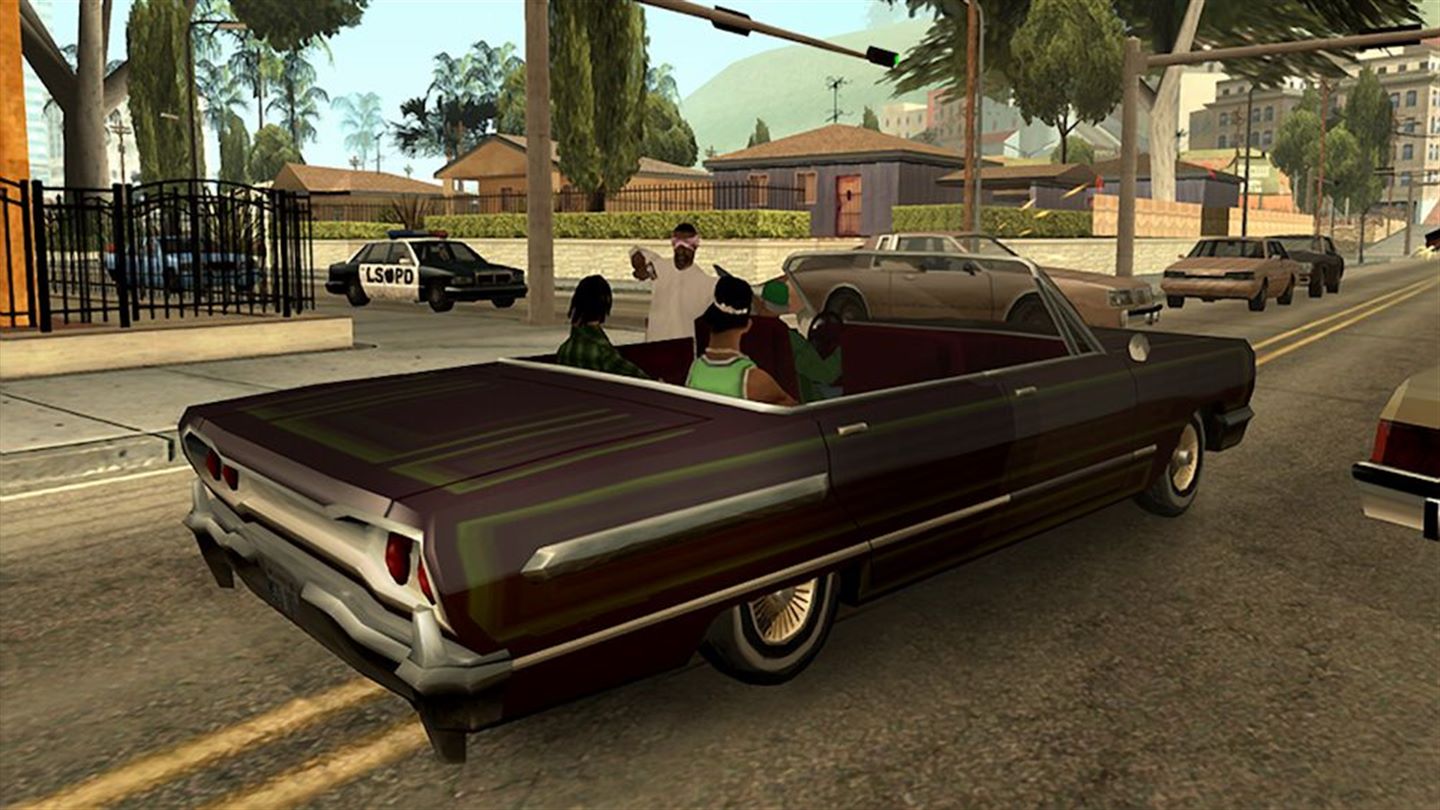 Grand Theft Auto: San Andreas
Despite the Grand Theft Auto franchise’s continuing level of success, some have argued that the series peaked with San Andreas. It’s hard to disagree; this is Grand Theft Auto at its loudest, brashest, and most ridiculous. The narrative revolves around Carl “CJ” Johnson and his struggles with gang violence, organised crime, and police corruption, but it’s the sandbox that makes the game. San Andreas is a vast, sprawling metropolis where skyscrapers rub shoulders with badlands, and it all still feels impressive to explore seventeen years after the game’s original release.

Jak 3
The entire Jak and Daxter series is well worth picking up, but it arguably peaked with Jak 3. The first game is a delightful 3D platformer full of things to collect, and Jak II’s surprising but successful leap to open-world gameplay reminiscent of Grand Theft Auto worked wonders for the series. Jak 3 continues that move, giving Jak and his little Ottsel pal a huge wasteland area to explore alongside the city from the second game. There’s also plenty of 3D platformer action to enjoy here, complete with race challenges, exploration, and a much smoother difficulty curve than Jak II.

Manhunt
It feels a little clunky by today’s standards, but Rockstar’s shockingly violent video nasty game is still just as relevant and disturbing as it was back in 2003 when it was first released. Protagonist James Earl Cash must kill his way out of a cordoned-off city full of murderous criminals who want him dead. Gameplay-wise, Manhunt is effectively a third-person stealth game, albeit an incredibly violent one. You must use every tool at your disposal to dispense with your enemies and emerge victorious, because if you don’t, you’ll be the one on the pointy end of the knife.

Psychonauts
In preparation for the upcoming Psychonauts 2, which is coming to PS4 this August, it’s well worth revisiting this wonderfully underrated little platforming gem. Psychonauts is set in a summer camp for psychics, and though its mechanics are somewhat prosaic – third-person platforming with collectathon elements – it’s a joyful ride into the mind of one Tim Schafer, one of gaming’s greatest writers and creatives. Every new level serves up some new concept or idea, so there’s no time to get frustrated by the slightly awkward controls.

Rogue Galaxy
Here’s one for the JRPG enthusiasts. Rogue Galaxy is a space opera spanning multiple planets and galaxies, but it’s a conventional JRPG at its heart, full of the same kinds of offbeat anime characters, stat leveling, and sightseeing tour-style locations you’re used to. Jaster Rogue (yes, really) is a humble mercenary at the game’s outset, but by its conclusion, he’s met an unforgettable crew of space pirates and travelled across the vast star ocean with them. The action-oriented combat system holds up surprisingly well, and there are at least eighty hours here if you’re willing to explore every nook and cranny.

The Mark of Kri
Unfairly overlooked when it was originally released for PS2, The Mark of Kri is well worth revisiting now. It’s beautifully animated – think traditional Disney, but oodles more violent – and its face button-based balletic counter-attack combat is a clear influence on the Batman: Arkham series. Every time Rau swings at an enemy or pulls himself onto a ledge, there’s a weighty, satisfying heft to it that feels ahead of its time. The story may be a little tricky to follow, but it doesn’t matter; The Mark of Kri is a savage, gorgeous-looking action-adventure game with plenty to recommend it on PS5.

Bully (Canis Canem Edit)
Rockstar’s quaint school-’em-up was the subject of a lot of controversy back at the time of its original release, and looking back, it’s difficult to see why. The “bully” of the title isn’t really the player, although there are opportunities to engage in such reprehensible behaviour. Rather, everyone else in the school is a “bully” in their own way, including the staff. Bully is a GTA-lite open-world experience with lots of charm and a surprisingly sizable map to explore. If you love Grand Theft Auto but wish it was more like Just William (look it up), Bully is your bag of strategically-placed marbles.

Red Dead Revolver
This is the Wild West game that launched a hugely successful franchise. Unlike its successors, Revolver isn’t an open-world game; rather, it’s a level-based action title that takes you on a whistle-stop tour of the Wild West. You’ll still need to be quick on the draw, but the lack of bloat and unnecessary filler makes Revolver feel like a leaner and meaner experience than either of the Redemption games. Tying it all together is a compelling little Western narrative that will be familiar to any Sergio Leone fan, but that’s a joy to play through nonetheless.
You must log in or register to reply here.
Share:
Facebook Twitter Reddit Pinterest Tumblr WhatsApp Email Link
Top